BECOME A SEA OTTER AND
HELP RECOVER SEAWEED GROWTH,
THE FORESTS OF THE OCEAN.

The oceans are suffering. Seaweed forests where seaweeds grow are fast disappearing from the coasts around the world. This is called seaweed denudation. In Japan, the loss of seaweed forests are partly caused by sea urchins that overpopulate the shorelines and herbivorous fish that stay active and hungry for longer due to higher sea water temperature.
Due to seaweed denudation, the biodiversity of marine life becomes depleted, leading to serious consequences in the coastal fishing industry. On top of this, invaluable ability for sequestering carbon dioxide is also lost. As the levels of carbon dioxide in the atmosphere increase, temperatures soar as a result of the greenhouse effect.

Mobile Sea Otters aims to restore and conserve the beautiful and fertile Japanese seaweed forests, collaborating with many people including fishermen and divers, and deploying scientific approaches. We believe that tackling seaweed denudation will help conserve healthy marine ecosystem, contribute to the local fishery industry and slow down climate change. 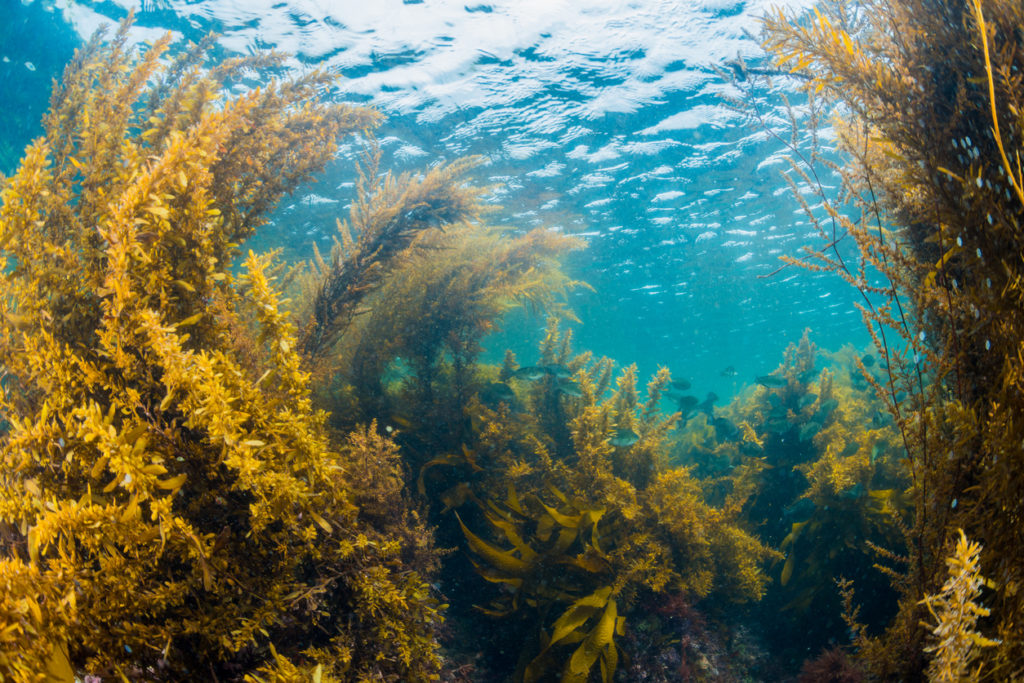